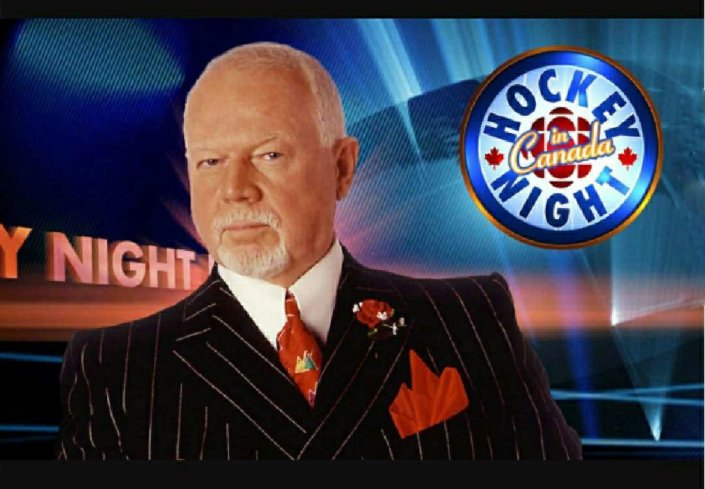 The end of an era. Whatever it may have been. Growing up I was hooked on hockey and the Montreal Canadians… I definitely watched my share of Don Cherry and his rants. My interest in hockey has waned over the years so I can honestly say that what comes next is my opinion based on what I remember and what I have read so take it as you want.
Don Cherry is old school. The guy’s MO has mainly been rants. He rants about everything. I truly believe that Ron has tuned out many a times over the years. The fact is that even when I was watching hockey religiously and listened to Don I never put a lot of weight in anything he said. Having said that, his latest rant is nothing new… history can attest to that. Case in point, his issues with European or Quebec hockey players is not just about their hockey style. It’s rooted in racism. And in the end nothing good ever comes after speaking the words ‘you people’. Nothing. Even Jimmy Hoffa felt the wrath after uttering those words against an Italian. 😋 (insert the Irishman plug here). And in an effort to have his say, Don agreed to an interview with none other than Tucker Carlson probably one of the most vile and racist people on the planet.
I’m not sure he’s ever apologized for anything. He certainly didn’t for this. He’s an old timer. You can’t teach an old dog new tricks. Of course, it doesn’t make it right and ultimately he paid the price. And the price was right. It was time for him to go. Why it didn’t happen years ago? Timing, I think. We are currently living in a world where ‘cancel culture’ is firing on all cylinders. Everyone out there wanting to cancel anyone and everyone. In some cases it’s uncalled for but in this case it was warranted.

This entry was posted in This and That and tagged cancel culture, don cherry, hockey, old school, racism, rant.