Gilmore Girls : A Year in the Life 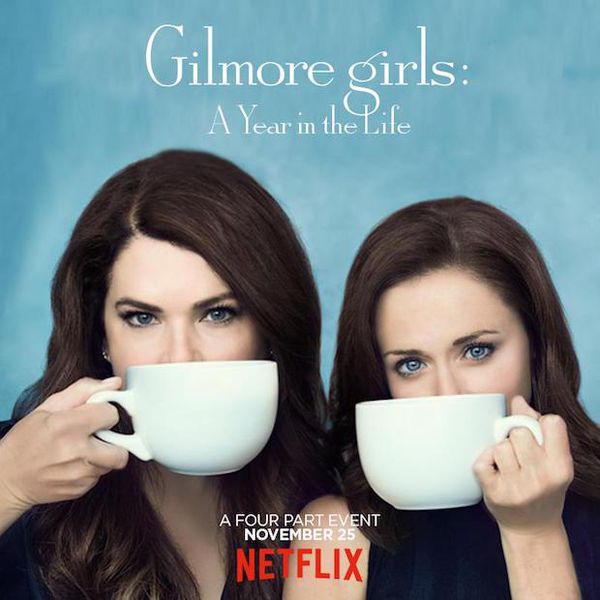 I am not at all embarrassed to admit that I was hooked… I mean hook, line and sinkered on Gilmore Girls when it first aired. It was a great weekly escape to a fantastic town. I really wanted to be in Stars Hollow. I was very invested in this show. I don’t think there is a character in this show I didn’t like. I loved Michel and Sookie. Lorelai.. well fuggedaboutit.. gorgeous and charming. What a character. Luke, you bastard! So lucky. Lucky Luke, if you will. That’s all I gotta say.
Ok, actually I have some more to say (or write)… I was so stoked when they announced the mini revival on netflix. I watched the four episodes almost in a binge. I watched the first 3 then waited a week to watch the final episode. Don’t ask me why.. maybe subconsciously I just needed it to last longer. It was so great to see all the characters back… even if some had small roles. It brought back great memories of the past shows..but it also reminded me (again) that we are all getting older !! For the most part the four episodes were very good and kept my interest. For whatever reason that huge phone Rory was using was somewhat of a distraction. I don’t know why but it bothered me. Lol. I also didn’t understand the bit where Lorelai decided she needed to find herself and went off to do that whatever it was which in the end she did not end up doing. Michel and Sookie, as always, very entertaining. Luke’s sense of humor when he would give some bogus wifi password to his patrons was hilarious. And Kirk, what to say there.. he’s a walking comedy show. And Paris!!! Holy hell she was a RIOT!!!
… and btw the last four words… I saw it coming!!!! It hit me when Rory had that conversation with her dad.

I hope to see more of Gilmore Girls on Netflix. I need more!

This entry was posted in This and That and tagged Gilmore, Gilmore Girls, girls, Netflix.