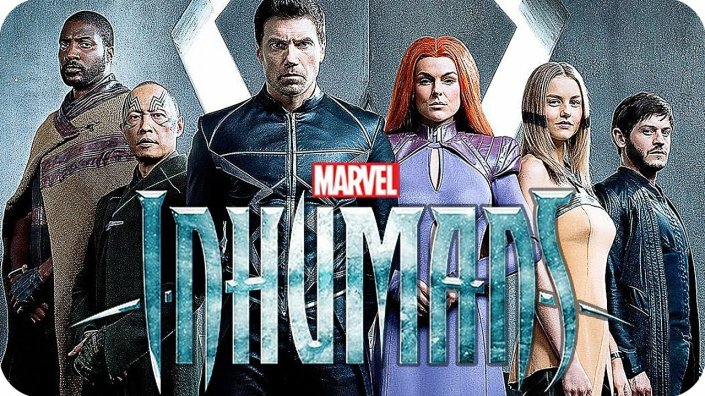 I feel like I shouldn’t spend too much time on this review. It would just be inhuman 😜. Obviously the reviews that came in prior to it airing were not good at all but that’s never stopped me before. I watched all eight episodes. It wasn’t as painful as I thought it would be but I did cringe alot during the eight episodes. I would be stunned if there is a second season. Stunned. The acting was for the most part horrible. I mean outside of Medusa I don’t know that anyone else stood out in a good way. And speaking of Medusa.. She’s all about the hair and even if the cgi was horrible, she loses her hair episode one and that’s that. Black Bolt for the most part had a frown for all eight episodes and there’s so much you can do with the sign language and he could have been repeating the same set of signs and I wouldn’t be the wiser. As for Maximus, so freaking annoying. And his beard was also so annoyingly distracting. Last and certainly last 😜… The story line was weak. No substance at all and predictable. It also ended with a wimper. The only bright spot was Louise. She was a fun character and atleast added some comedy to an otherwise drab series.

This entry was posted in This and That and tagged horrible, inhumans, marvel, reviews.