BlackBerry decided to go after Facebook (WhatsApp, Instagram) this past week for patent infringement. Seven to be exact. Just as quickly as the news came out, came the articles and people accusing BlackBerry of being ‘patent trolls’.

Let’s face it folks, BlackBerry is far from being a troll. They own tons of patents and intellectual property that is still in use today.

I won’t lie. This comes as a surprise and I think it’s pretty ambitious. The once Goliath of the industry, now the David going after Facebook; one of today’s Goliaths. BlackBerry clearly feels they have something otherwise I doubt they’d attempt anything. I suspect this has been years in the making and I am sure they’re well prepared. I am no expert or lawyer but on the surface it seems this should go in BlackBerrys favor but you just never know. Time will tell. This could drag on forever.

I think the founder of WhatsApp is a good example of what a troll is.

Takes a dig at #apple: 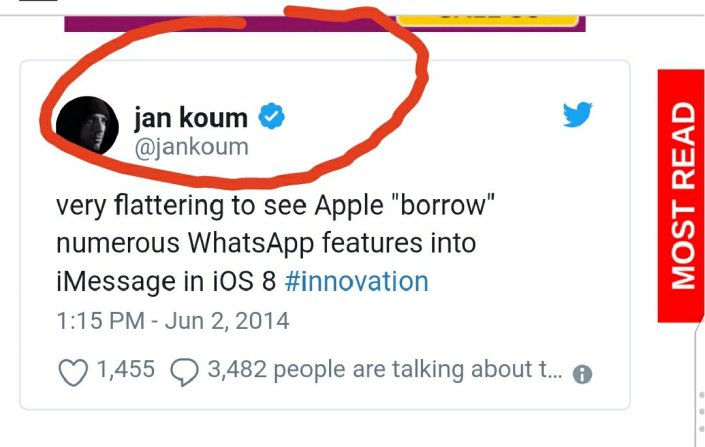 But doesn’t look at his own backyard to make sure it’s tidy:

100% accurate. WhatsApp has been blatantly ripping off every feature BBM has put out.

All hail BlackBerry. Fingers crossed this will come out in their favor. BlackBerry has been on a good streak lately with lawsuits!

This entry was posted in This and That and tagged blackberry, blackberryrocks, blackdroid, KEYone, lawsuit, patents, whatsapp.